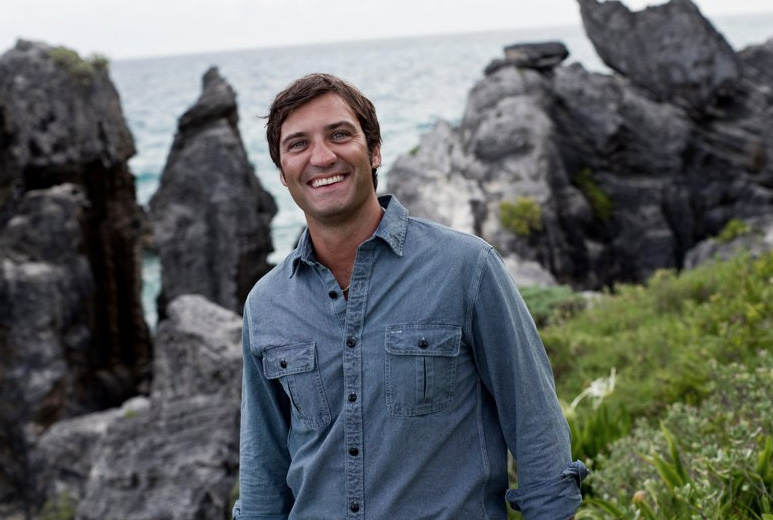 International adventurer, television host and travel journalist David LaHuta reports on the people
and places making news in the world today—a twenty-year, multimedia career that has taken him to more than 40 U.S. states and over 60 countries worldwide.

Based in the mid-Atlantic island of Bermuda since 2009, David is the author of Frommer’s Bermuda 2019, a comprehensive guide to one of the world’s most storied vacation destinations from the most trusted name in travel. In it, David guides readers to unique pink sand beaches, secluded turquoise coves, and spellbinding caves; through the cobbled streets of historic St. George’s (a UNESCO world heritage site); and to restaurants, shops and hotspots known only to locals in the City of Hamilton and beyond. David is also the full-time host of the Bermuda Channel, a comprehensive television series shot and exclusively broadcast on the island.

David’s career began as beat reporter for the St. Croix Avis, a daily newspaper in the U.S. Virgin Islands where he solidified his love for the Caribbean and the written word. Several years later he was tapped to be an editor of Budget Travel in New York City where he oversaw several sections of the acclaimed magazine while acting as its on-camera travel expert. There he appeared on newscasts including American Morning (CNN), Good Day New York (FOX) and Forbe’s Luxe 11 (Travel Channel), a stint that lead to his role as Adventure Correspondent on Rachael Ray, where he accompanied viewers on intrepid excursions around the U.S. and Canada for the award-winning morning show.

David has since joined many successful television broadcasts. Most notably, as the the co-host of Mountainfilm in Telluride, an Outside Television series that featured independent documentary films from the acclaimed Colorado film festival. David was also the co-host of Outside Today—Outside Television’s flagship morning program featuring adventure-lifestyle tips, compelling guests and reviews of the latest gear and apparel—in addition to a correspondent on Dispatches, the network’s in-depth news magazine, which profiled athletes, adventurers and activists around the globe.

Born and raised in New York City, David is a graduate of the University of Maryland College of Journalism and a proud member of the Omicron Delta Kappa Sigma Circle, his university’s national leadership honor society. When not on assignment he enjoys boating, surfing and beachcombing near his home in Warwick, Bermuda, where he lives with his wife and two sons.